Diego “Pato” Oliveira is one of the elite gi players and has managed to adapt to no-gi very well. He became the world champion in his division at Worlds and No-Gi Worlds in 2021. He received his black belt under Cicero Costha of PSLPB and currently competes under the Dream Art Project.
​
Pato has some interesting false reap attacks — false reap is a position that looks like knee reaping but doesn’t twist your opponent’s knee. It’s getting attention these days because it allows you to get into various powerful leg locking positions.
​
Let’s take a look at Pato’s match against Josh Cisneros, where Pato taps out Cisneros by kneebar from a false reap entry.

1. Cisneros is squatting down and capturing Pato’s right leg between his legs, possibly looking to set up a knee-cut pass. 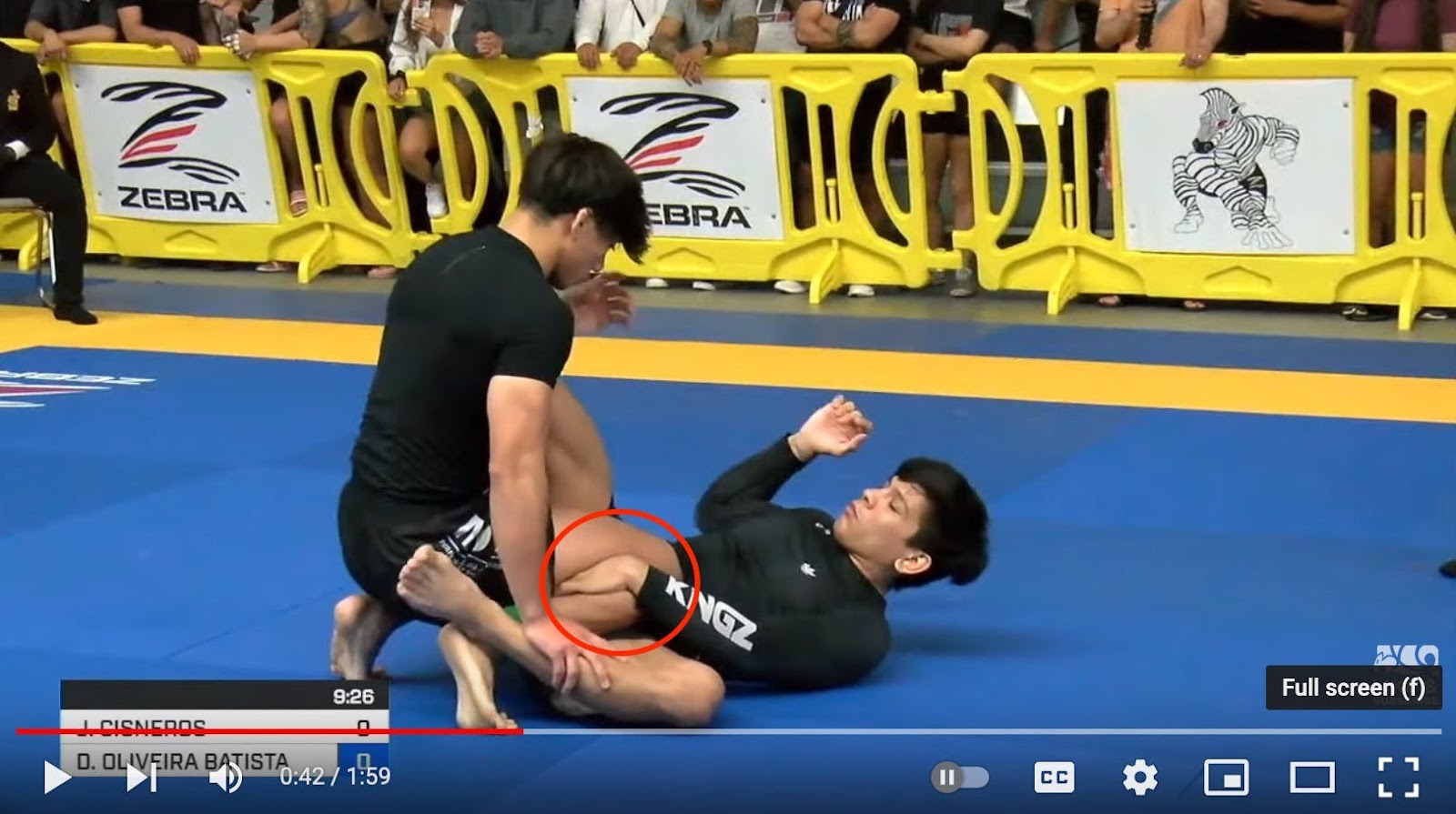 Pato cups the back of Cisneros’ right knee with his left hand. He also seems to have a butterfly hook against Cisneros’ left inner thigh. 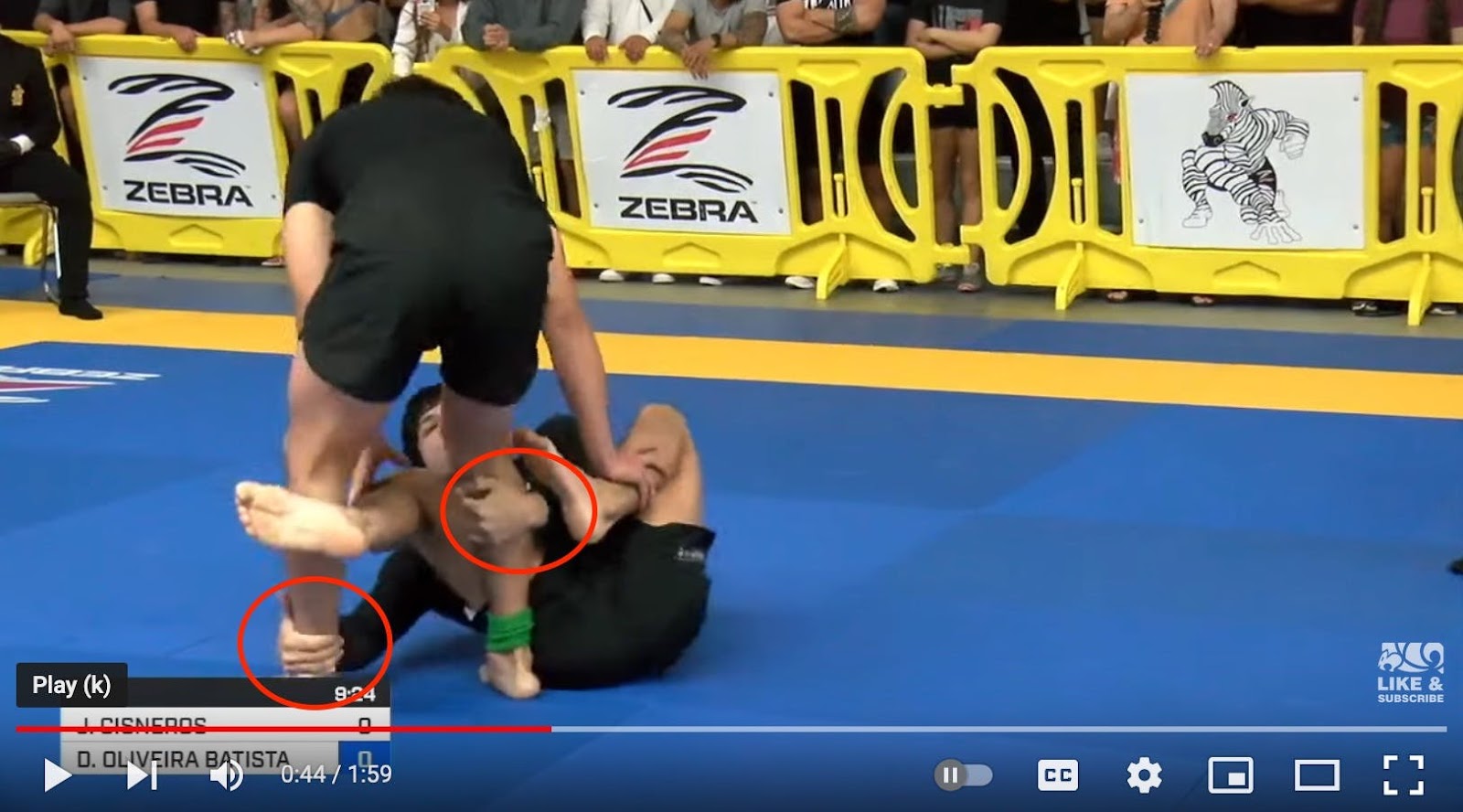 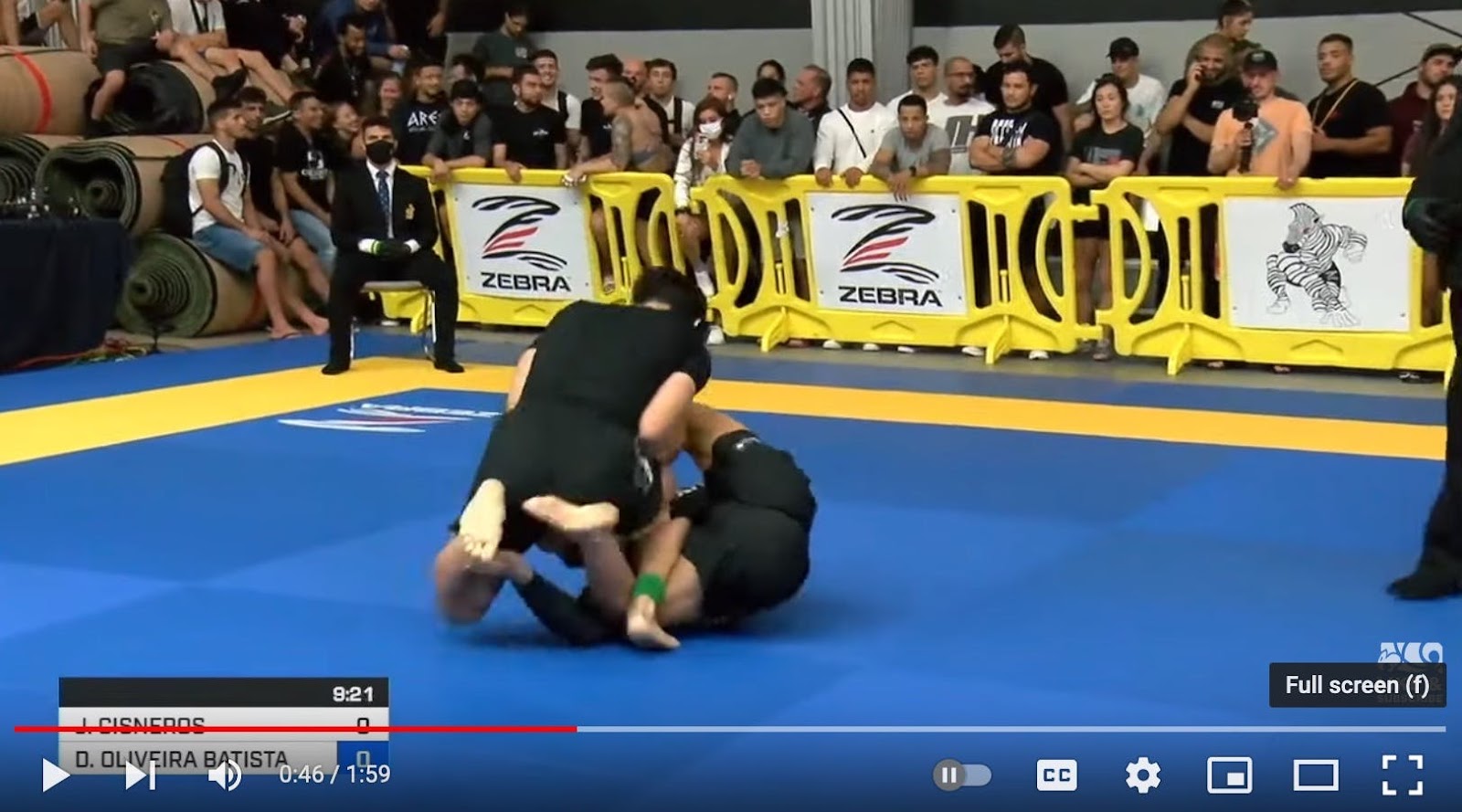 4. Naturally, Cisneros kneels down, shifting his weight onto his left knee. This makes Cisneros’ right leg lighter and allows Pato to manipulate Cisneros’ leg in what follows. 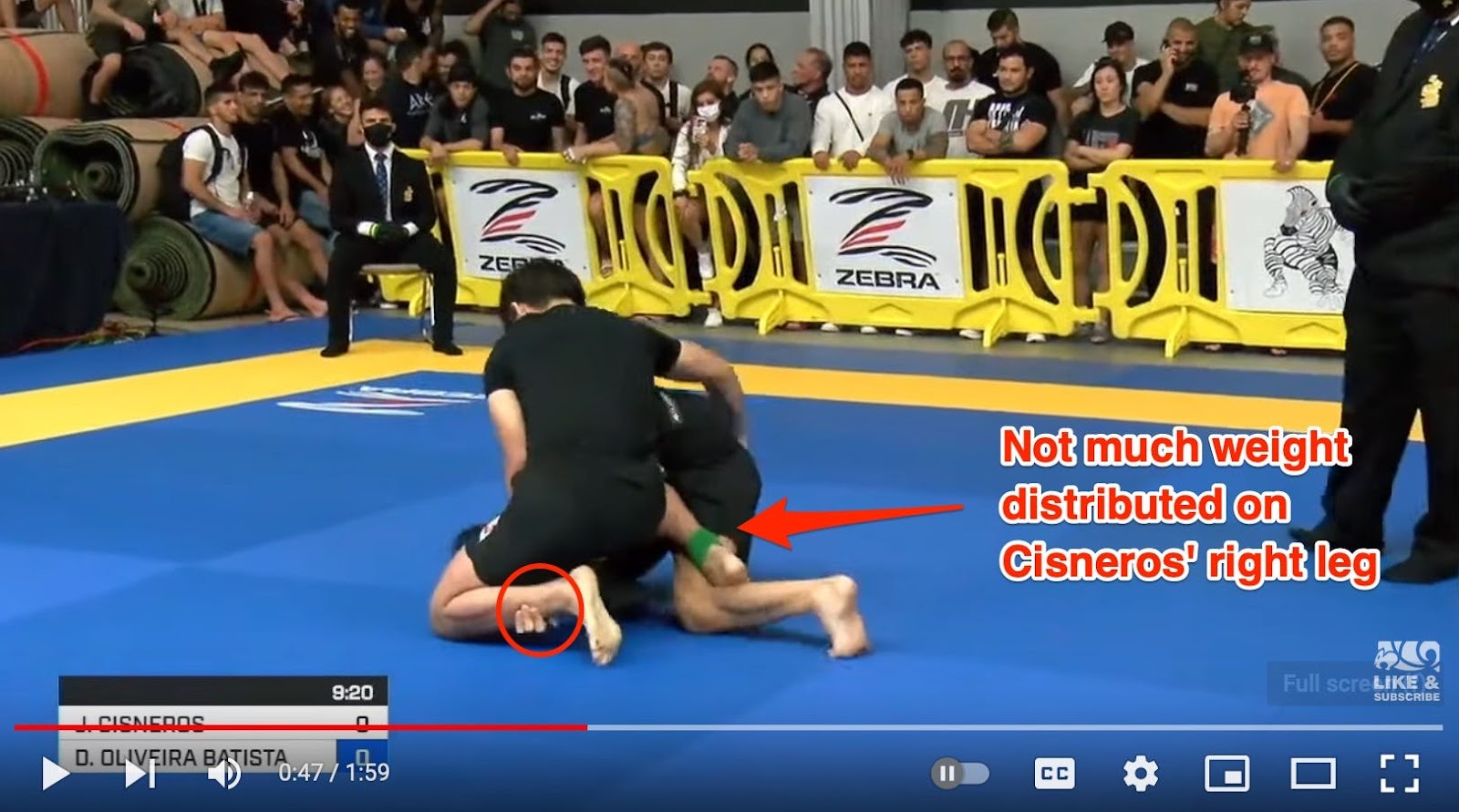 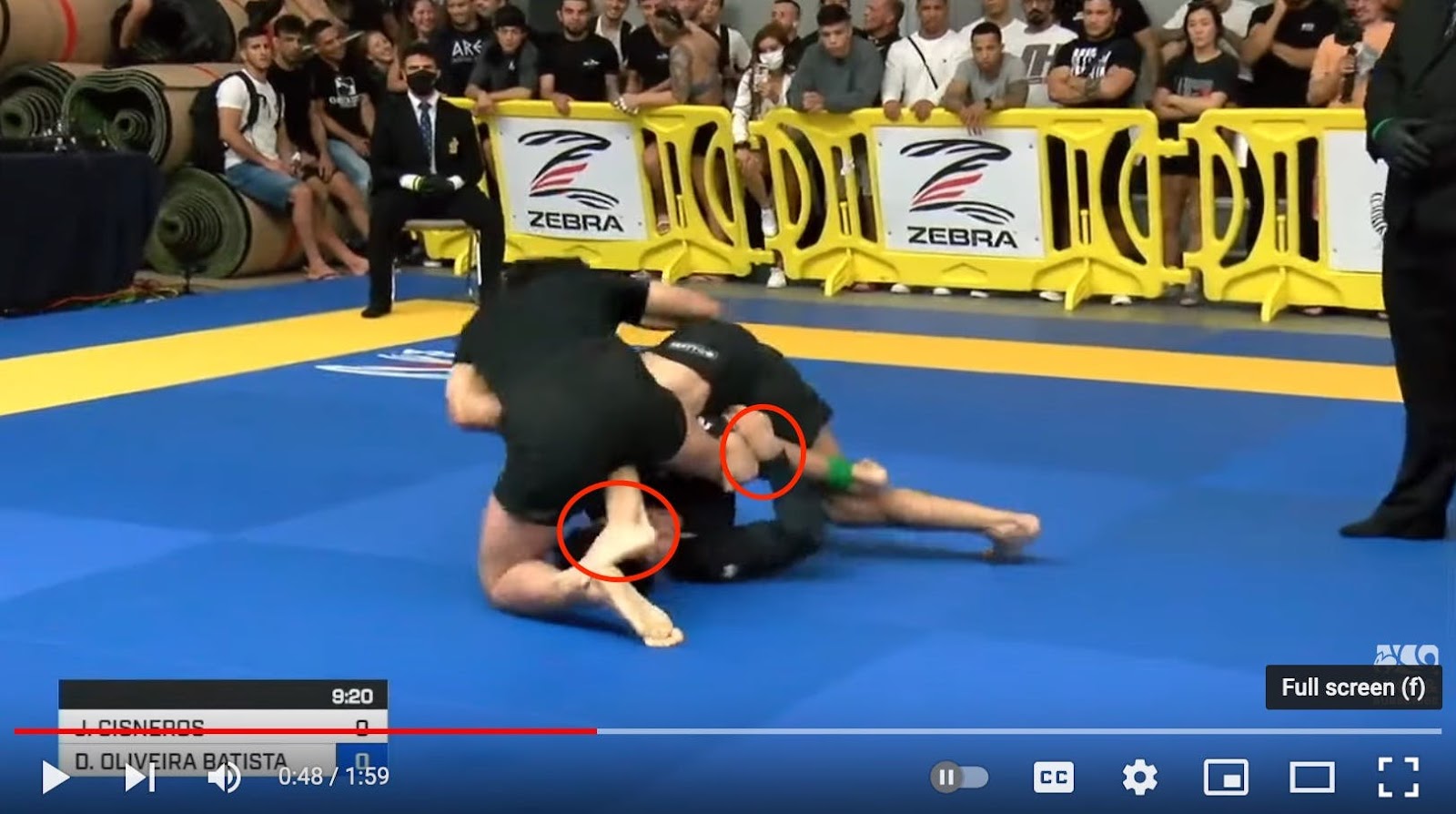 Pato makes his inversion look so easy, but it’s not as easy as it seems. His grips, head, shoulder, and right leg are all working together.

6. Pato moves his right hand to Cisneros’ ankle area and wraps Cisneros’ leg with his arm. 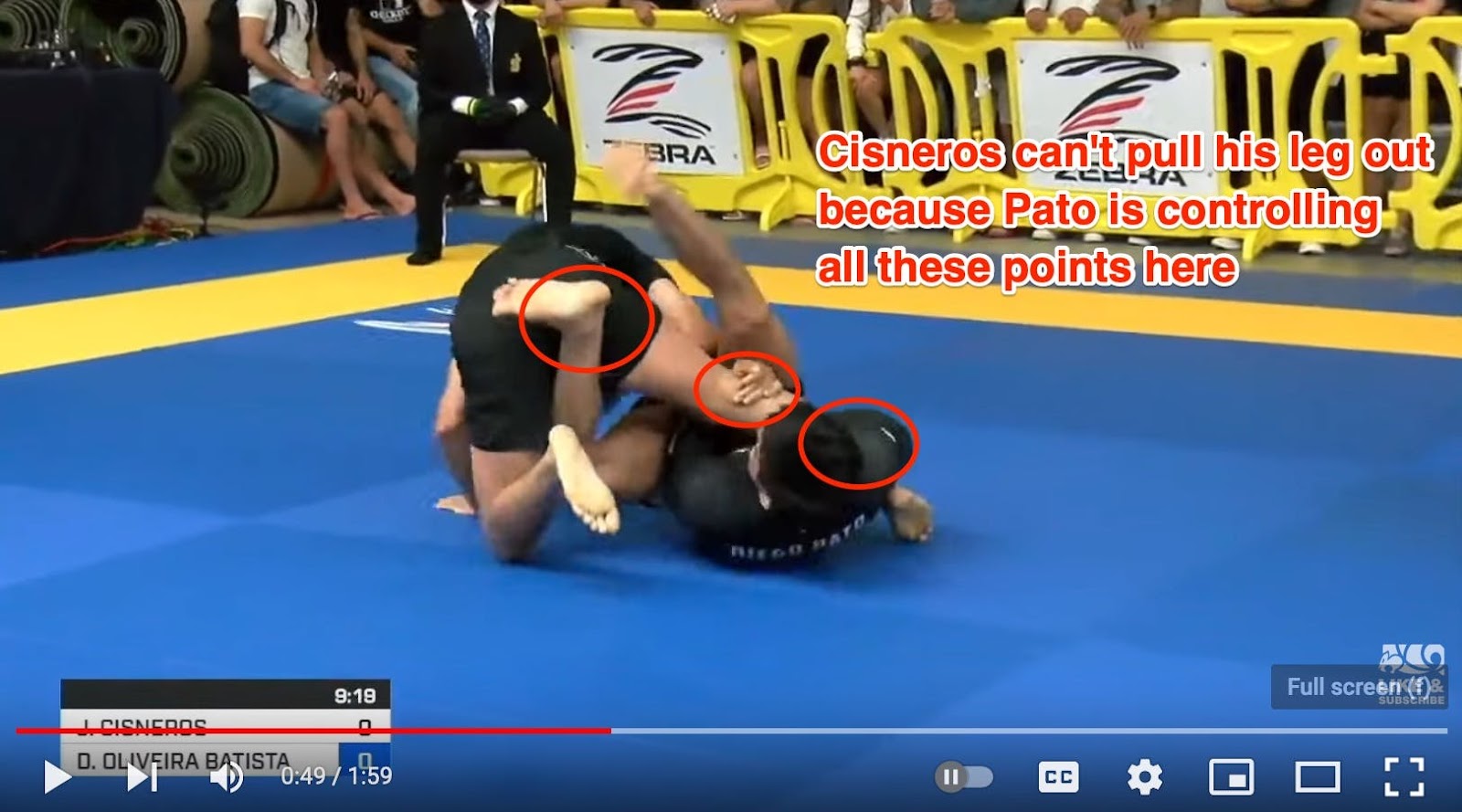 7. Pato crosses his right foot over his left foot, back-heeling against Cisneros’ butt. Then he starts applying kneebar pressure while lying on his left side. Even at this point, Pato has the same left-hand grip as at the beginning of the sequence. This grip reinforces his kneebar. 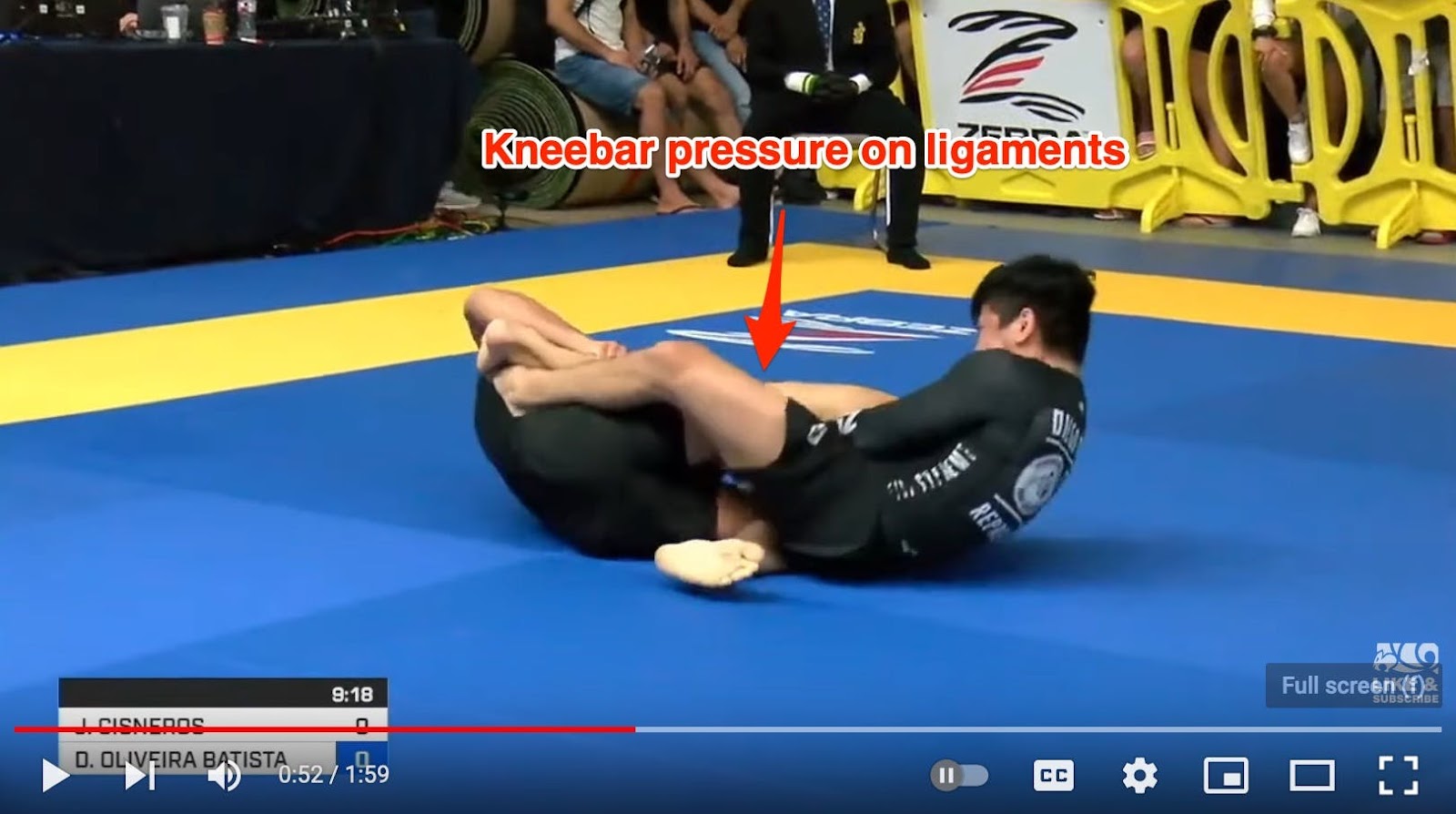 I’m sure there are so many subtleties in Pato’s sequence, but I hope my explanation above will give you some clues if you want to get into some false reap stuff. Even if you aren’t planning to learn false reap attacks any soon, pay attention to Pato’s movements. I believe Pato is an exciting player to watch out for and study, as he excels both in gi and in no-gi.